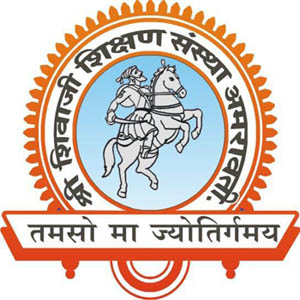 The Shri Shivaji Education Society, Amravati is a premier educational institution of Central India with branches in all the districts of Vidarbha in Maharashtra. It is registered as a Public Charitable Trust (R. N. F/89) in December 1932. Its founder President was the late Dr. Panjabrao alias Bhausaheb Deshmukh the first agricultural Minister, Government of India.who established various schools, colleges, hostels and other teaching and technical institutions and devoted all his energy for strengthening and enlarging the activities of the Shri Shivaji Education Society, Amravati. In 1958, it had one primary school, seven middle schools and eight colleges. Today it runs 24 senior colleges 54 Jr. colleges, 75 middle schools, 35 hostels mainly in the region of Vidarbha and also in other parts of the state. The educational institution covers areas like Agriculture, Humanities, Bio-technology, Computers, Education, Physical Education, Engineering, Horticulture, Information Technology, Law, Medicine, Micro-biology and the Pure Sciences. The Society was awarded with Dr. Babasaheb Ambedkar 'Dalit Mitra' Award in 1993- 94 by the Govt. of Maharashtra, in the year 1999-2000 the ‘Gadge Maharaj Memorial Award. On 5th September, 2000, the Govt. of Maharashtra declared the Society as the "Best Administered Society" in the state and bestowed upon it a cash award of Rs. 1 lakh. In its citation, the State Government formally recognized the seminal contribution made by the Society in the field of education and cultural advancement.